Family Weekend is celebrated by the entire SMSU community every fall. This year's feature event was the football game against Minot. At the half, the Mustangs were behind, but managed to pull off a win by the time the game ended.

While the game was being played, preparations were happening at the Campus Religious Center.  A variety of appetizers, desserts and beverages were prepared and set up.  Then, the most important part, the games were laid out.  The evening started slow, with just a couple of people arriving, but before long we had a table of laughter from people playing Hand 2 Hand.  Don't miss the opportunity for laughter in two weeks when we host the next event, after the Homecoming Game! 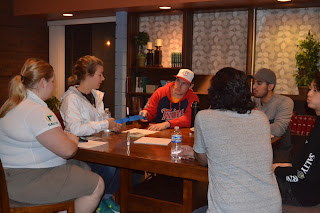 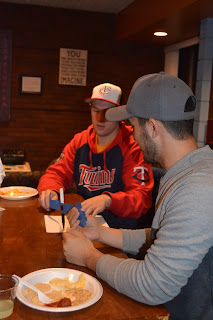 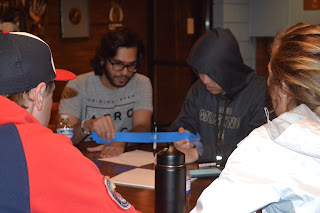 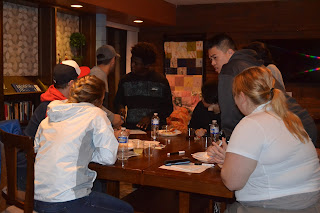 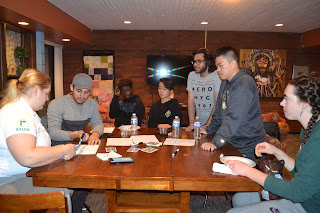