Catholicism 101: Our Lady of Guadalupe

On Sunday, December 5, 2021, Father Tony joined us for the final Catholicism 101 of the semester.  The topic was one that is near and dear to Father's heart:  Our Lady of Guadalupe.

The Christian way of life was appealing to the Aztec people.  In their religious practices, they were called to sacrifice.  The Christian faith was attractive because you did not have to kill your children.  God had offered His child so no more children needed to be sacrificed.  Catholicism preached love, kindness and care.  The conversion to the faith was very slow-going, though, because of the struggle the people had with the messengers of the faith.

Early in the morning, before the sun came up, while Juan Diego was on his way to Mexico City, he encountered a young, pregnant woman.  She appeared to be an indigenous person.  Her skin tone was darker and her facial features were like those of the Aztecs.  Around her waist, she wore a black band, the traditional way of signifying pregnancy.  Juan Diego was a practicing Catholic who had already been Confirmed when she appeared to him.

Her message was simple but challenging.  She asked Juan Diego to go to the Bishop and ask for a Church to be built in the location where she met him.  It was to be a Church for the poor, the hungry, those in need, and she would be there to help them.

Juan Diego did as she asked, but the Bishop disregarded the request on the first day.

The lady sent him back for a second request.  Again, it was disregarded.

Juan Diego, upon seeing the lady for the third time, told her she needed to find a better messenger because he would be unable to get her what she had asked.  The native language he used described himself as having less value than an animal, unworthy and unable to accomplish anything.

The lady told him she would provide the proof he needed to give the Bishop because he was the one who needed to do as she asked.

The next morning, when it was too cold for roses to grow in Mexico, he was led to a field of roses, which he gathered in his tilma to present to the Bishop.  The lady arranged them how she wanted them in his tilma and sent him back to Mexico City.

When Juan Diego met with the Bishop, he opened his tilma and the flowers fell at the Bishop's feet.  Revealed in the flax material of his tilma was the image of the lady he had seen, whom we now know as Our Lady of Guadalupe.  This miracle convinced the Bishop to build the Church she had requested where she wanted it, on the hill of Tepeyac.

Mexico City has grown up around it, so it appears the Church is part of the city.  At the time the Church was built, this was an out-of-the way location.  This is significant because it shows us how Jesus chose to come to the people of the Americas, to be born into their lives, to join the poor and powerless.

Today, the tilma still hangs in the Basilica, preserved over 500 years in a material that should have disintegrated centuries ago.  The colors are still as vibrant as they were on the day they appeard to the Bishop.  Millions of people pilgrimage there every year, seeking Our Lady's intercession in their lives and giving thanks for all she does for them.

Our Lady of Guadalupe 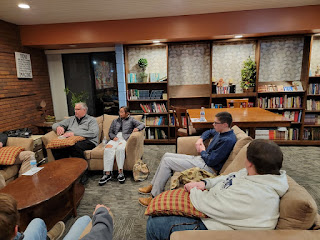 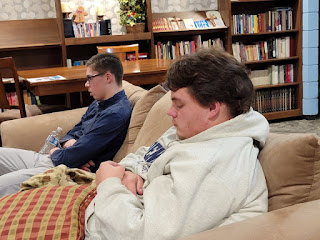 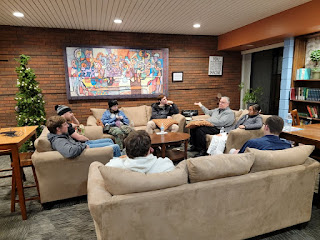 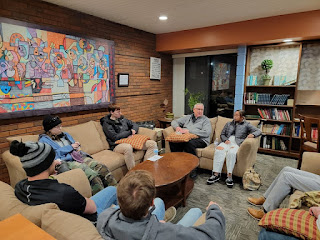